Here is a diary account written by tenor soloist Aled Wyn Davies. It is reprinted, with permission, from his personal website. Aled and his wife Karina accompanied the Choir to Kilkenny and Kinsale.

"Well, that was a great weekend! Karina and I have just returned from a lovely weekend to Southern Ireland in the company of the famous Morriston Orpheus Choir. At Pembroke Dock 1pm on Friday we met up with the Choir for the first time, loaded our cases onto the bus, and we were away!

About three months ago I received a call from Joy Amman Davies, Musical Director of Morriston Orpheus Choir, and I was really delighted to be invited to sing with them in Kilkenny and Kinsale. I must say that this was the first time ever for me to even hear the Choir live, and I was really impressed, not only by the contrast of rousing singing and the quiet sentimental feeling in their songs, but also the well-organized planning and itinerary.

The four hour crossing to Rosslare was smooth and the time flew while we chatted away with choristers, Joy the MD, Jo the accompanist and Les the organist, and we could see straight away that this Choir like every other was full of interesting characters!!! The chats started with questions about my singing and farming, but soon moved on to rugby banter, especially as the Ospreys v Scarlets game was the following evening!!

We arrived at our hotel in Kilkenny at 8:30pm, exactly as on the itinerary. The New Park hotel was a beautiful hotel, a twenty minute walk from the town centre, and the hospitality we received was second to none. We were treated to an evening meal every night, and I must say they were the best meals we've ever had on tour. We then retired to an early bed to recover from the journey without even a sip of Guinness. Something I cannot say for the rest of the weekend!!

(photos Linda Taylor/Ray Smith - with thanks)


The first concert was at St John's Church, Kilkenny, and after a good rehearsal with Jo Scullin, the Choir's accompanist, and then with the Choir we had a bit of time to look around the town. Killkenny has kept the traditional side of Ireland, with the old fashioned shops kept as original as they can, but they have also blended the modern side into the town with a new shopping centre that hasn't spoiled the area. The castle looked beautiful, with the River Nore flowing quietly beside. And the weather was great too. When I heard that we were going to Ireland in November I expected rain and more rain, but it was to the contrary. We were emblazed in glorious sunshine all through our weekend and didn't witness a drop of rain while we were there. 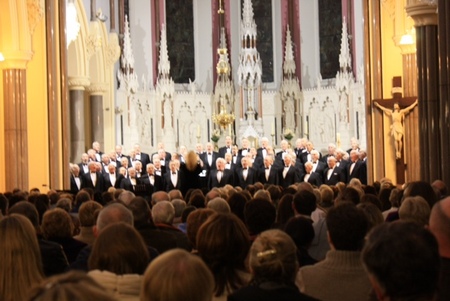 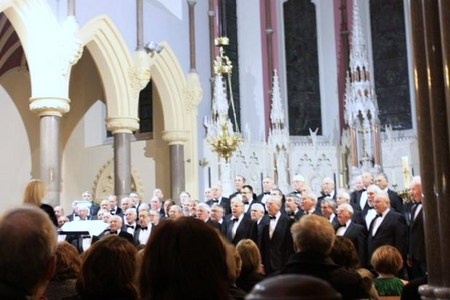 The concert went very well in Kilkenny. The Choir was well received  from the moment the Irish anthem was sung. The contrast of songs made the concert a real treat for the audience, and I really enjoyed their renditions of "Razzle dazzle" from Chicago, "To where we are" and the medley of popular Welsh hymns. I enjoyed myself on stage too, and I sang Arafa Don, Musica Proibita, Shine through my dreams and Granada in the first half, followed by O na byddai'n Haf o hyd, My Little Welsh home, Because and O Sole Mio in the second half; but I must say that in both concerts the experience of singing Nicholas Brodszky's I'll Walk with God with the Morriston Orpheus Choir was the highlight of the whole trip. The Choir's quiet singing is delightful, but the way the Choir opens out at the end of songs is amazing and raises the hairs on the back of your neck, even when you sing with them.

The following morning, after a hearty breakfast we started on our 170km journey down to the seaside town of Kinsale. We travelled through beautiful countryside and even past the enormous Magners cider brewery at Clonmel, Co. Tipperary, where we saw hundreds of large towers full of cider!!

We arrived in Kinsale, which is about 30kms West of Cork two hours later, and we could see in an instant why it's such a popular location with visitors.

View from our hotel 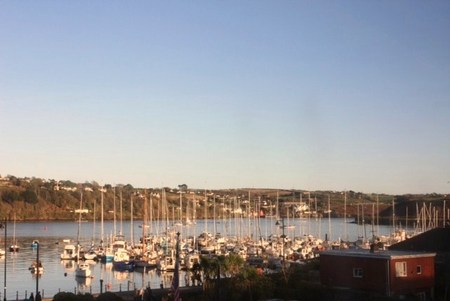 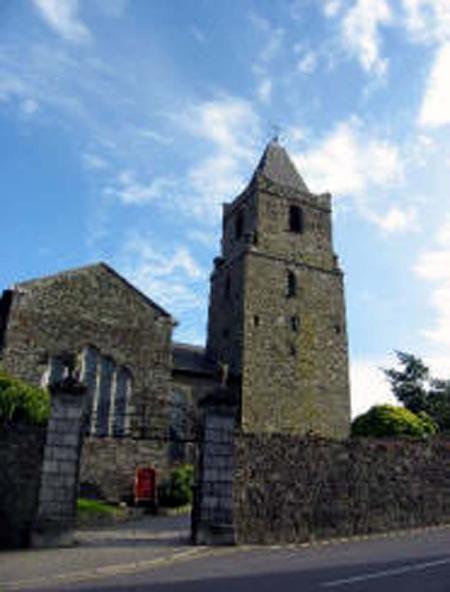 St Multose Church looked down over the town towards the harbour, and I must say that this church has great acoustics, and one of the best places I've ever had to sing in. The concert went superbly that night, and the capacity audience was very appreciative. The whole church and myself were completely relaxed after I told them that the last time I came to Ireland was to compete in a sheep-shearing competition about twelve years ago!! They didn't expect that! I changed a couple of songs that night adding Some enchanted evening and Anthem from the hit musical ‘Chess’ to my repertoire. The Choir again was in fine voice, and the three standing ovations that we received at the end of the last few songs was something that will stay in my memory for a very long time. 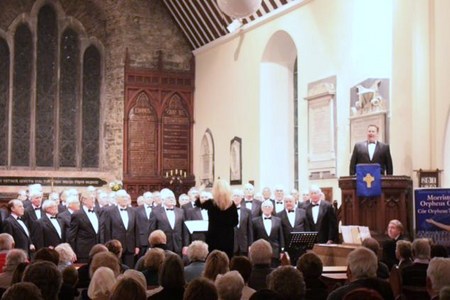 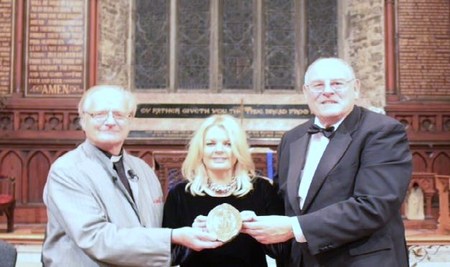 The next appointment on our agenda was the 'afterglow' at the Whitehouse tavern in town, and that's where the real characters of the Choir came to light. We sang into the early hours to the pleasure of the locals, and I'm sure that one of those Magners cider towers was nearly emptied by dawn!!! 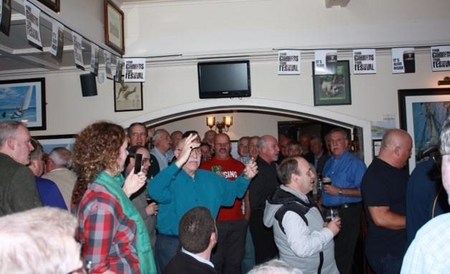 Our final day started by chatting with the residents of Kinsale on the streets, and I cannot count how many came to speak to us that morning saying how much they enjoyed the concert. We could really see that this town had a close-knit community where everybody knew each other and somewhere that many would love to live in. We arrived in Cork at noon, and it was a good opportunity to do some souvenir shopping. Later we visited Waterford for an hour or so before catching the late ferry home to Wales that evening. Our smooth crossing back home mirrored the smoothness of how everything had gone through our visit to Ireland.

May I just take the opportunity to thank the Morriston Orpheus Choir, and Joy for such a great weekend. We have made many new friends and Karina and I were made to feel very welcome with everybody in the Choir. I feel it a great honour to be involved in concerts with this Choir, and hope that we will have many concerts together again in the future. A huge thank you also must go to the residents of Kilkenny and Kinsale for their lovely hospitality. Nothing was too much for them and the hotels and food we received were second to none.

The love of the Irish will stay in our hearts for a very long time.