The Choir's contribution to the fame of Max Boyce

When the Choir was recording the long playing record, entitled Cartref, in 1972 for E.M.I., our then Publicity Officer, the late Gwyn Bailey, had a conversation with the late Bob Barratt who was the producer of the record.

During the conversation Bob asked Gwyn, who had had much experience broadcasting for Radio City at Singleton Hospital, if he knew of any local artists good enough for E.M.I. to record. Gwyn told him about the popularity in the area of Max Boyce who had recorded for Cambrian Records of Pontardawe. Later that day Gwyn obtained one of the recordings and gave it to Bob.

A few days later Gwyn received a letter from Bob, and in it was a letter to Max and a request for Gwyn to forward it to Max, which Gwyn did.

The following morning Gwyn received a telephone call from a very excited Max who told him that E.M.I. had offered him a contract. The result was “LIVE AT TREORCHY.” Max invited Gwyn to the recording but he was unable to accept it due to work commitments. 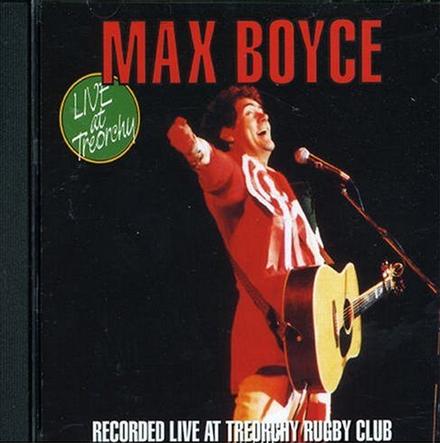 However, Gwyn was able to accept an invitation, a few months later to a recording Max made at Maesteg. There, Max introduced him to his Manager, Stuart Littlewood, as the man whom he could thank for introducing him to Bob Barratt.

Click here to receive our Newsletter
Our Newsletter is sent by email and provides news of the Choir's activities.
Buy from AMAZON