An obituary from the Morriston Other Times ( probably sometime in 1981). Eric Rogers was instrumental in bringing the Decca recording company to Morriston to make the first commercial recordings of the Choir. Here is the first LP recorded by the Choir in 1958 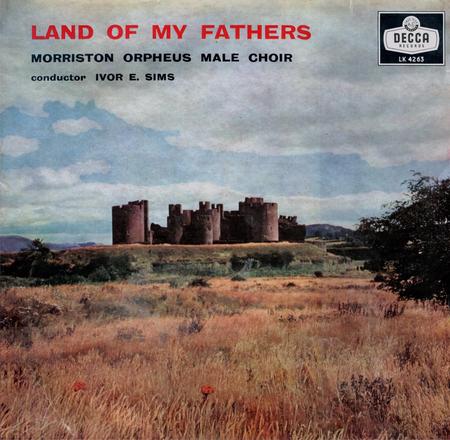 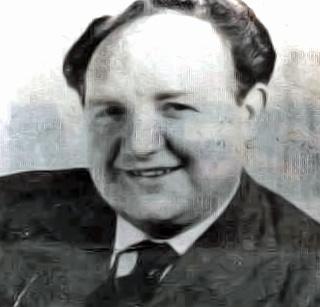 Eric Gaukroger came to Morriston from Halifax with his parents when he was three years old. He showed a remarkable musical ability for a very young age and his parents arranged for him to have music lessons with Mr.J.D.Rees FRCO who was organist at Llansamlet Church and the first accompanist of Morriston Orpheus Choir.
When he was sixteen he played the piano as one of a nine-piece band in the Park hall, Swansea, in the evenings, and stayed there until 1941 when he was called up for the Air Force. He trained as a pilot, completing his training in America and Canada. He then flew Spitfires in Burma.
After he was demobbed he went to seek work in London. He freelanced there for some time doing very well as could play the piano, all woodwind instruments and brass instruments.
Owing to difficulty with pronouncing his name he changed it to Eric Rogers. He married a Swansea girl and had two sons by her but later they were to be divorced.
After a period freelancing he formed his own orchestra and took them to play at the Trocadero in Shaftsbury Avenue, where he remained for some time. He then started arranging music and soon became very well known for his expertise. He left the Trocadero and then worked at arranging music for the ballet at the London Palladium
When the post of Musical Director at the Palladium became vacant it was offered to him and he accepted. He stayed in this post for many years and as Musical Director was also Resident Conductor of the Palladium Orchestra. Eventually he ended his association with the Palladium so that he could concentrate on composing and arranging music for records and films. If you watch the ‘Carry On’ films you will see ‘Music arranged by Eric Rogers’.
In the late 1950s he married one of the ‘Bluebell girls’ and as the bride’s father was infirm she was given away by Max Bygraves.
He was the instigator of the Morriston Orpheus first making records, bringing a group of Decca personnel to Morriston for the purpose.
He was also very proud to have Decca make a record of ‘ D.J.Rees at the Organ,’ which he felt repaid all his the help he had been given by this gentleman.
He conducted the Royal Philharmonic Orchestra when they played Bernstein’s music and when the Frank Chaksfield Orchestra played the popular New York medley – Eric arranged the music. One of the most popular tunes he wrote was the signature tune of the TV show, ‘Sunday Night at the London Palladium’.
Sadly he died in 1981 at the age of 59 - a real professional.
J Gareth Phillps Clasemont
more
Click here to receive our Newsletter
Our Newsletter is sent by email and provides news of the Choir's activities.
Slimline Bespoke Retail Display Units