It's been a busy time, away from the concert stage, for the Orpheus over the last couple of months. Tracks for a new CD were recorded at All Saints Church in Oystermouth (more about that in the New Year) and then the Choir spent several hours in a recording studio producing backing music for a new film production of Dylan Thomas' Under Milk Wood. The film is initially being released in Welsh (Dan y Wenallt) with an English language version being released in the Spring. 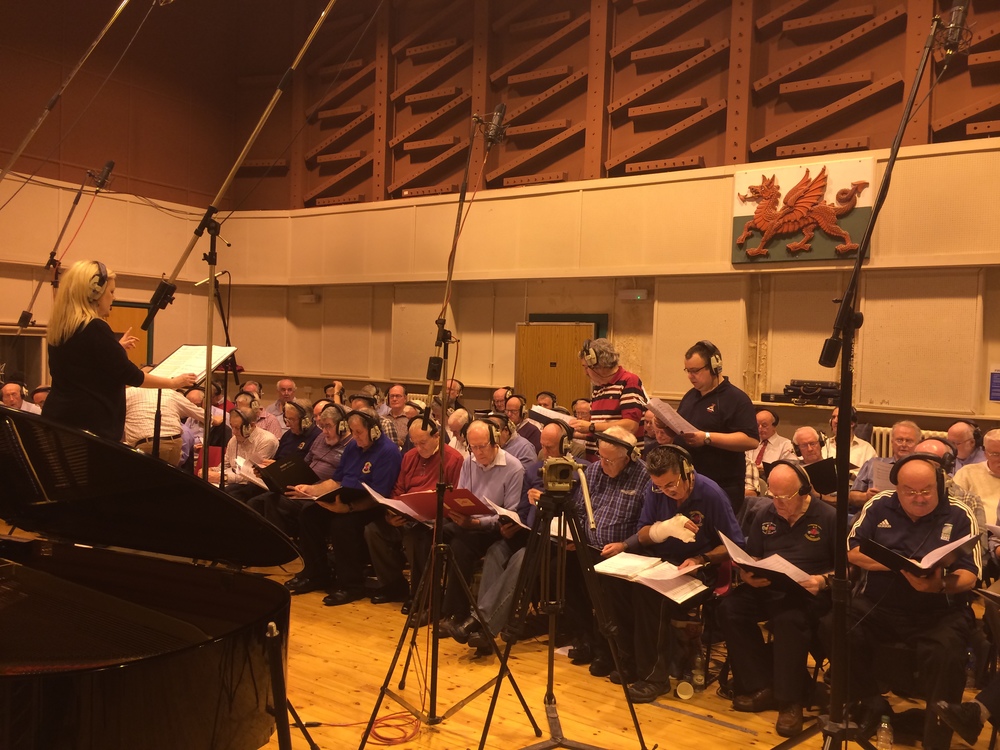 Adapted by T. James Jones, with a screenplay written by Murray Lachlan Young, Michael Breen and Kevin Allen, it veers away from the traditional, literal reflection of Thomas’ original work and instead explores some of the more visceral elements of the funny, filthily fluid and magical dreamscape of the work whilst staying faithful to Dylan Thomas’s original text.

“I was determined to craft a cinematic rendition that challenged the common perception; that poetry should remain in the domain of the reader or listener.”    - Kevin Allen, Director

The Welsh Language version (with English subtitles), Dan Y Wenallt, will premiere on December 11th at Cardiff’s Chapter Arts Centre, and will open simultaneously in cinemas and arts centres across Wales.

The film will then screen on S4C at 21:00 on 27th December. The Welsh broadcaster co-financed the project in partnership with Tinopolis, Goldfinch Pictures and Ffilm Cymru Wales,

Under Milk Wood, the English version of the film will be released Spring 2015.