A very special evening on Sunday 10 October saw the Morriston Orpheus return to the concert stage for the first time in over 18 months. It also saw the return of the MOCSA Young Welsh Singer of the Year Competition after its enforced cancellation in 2020. 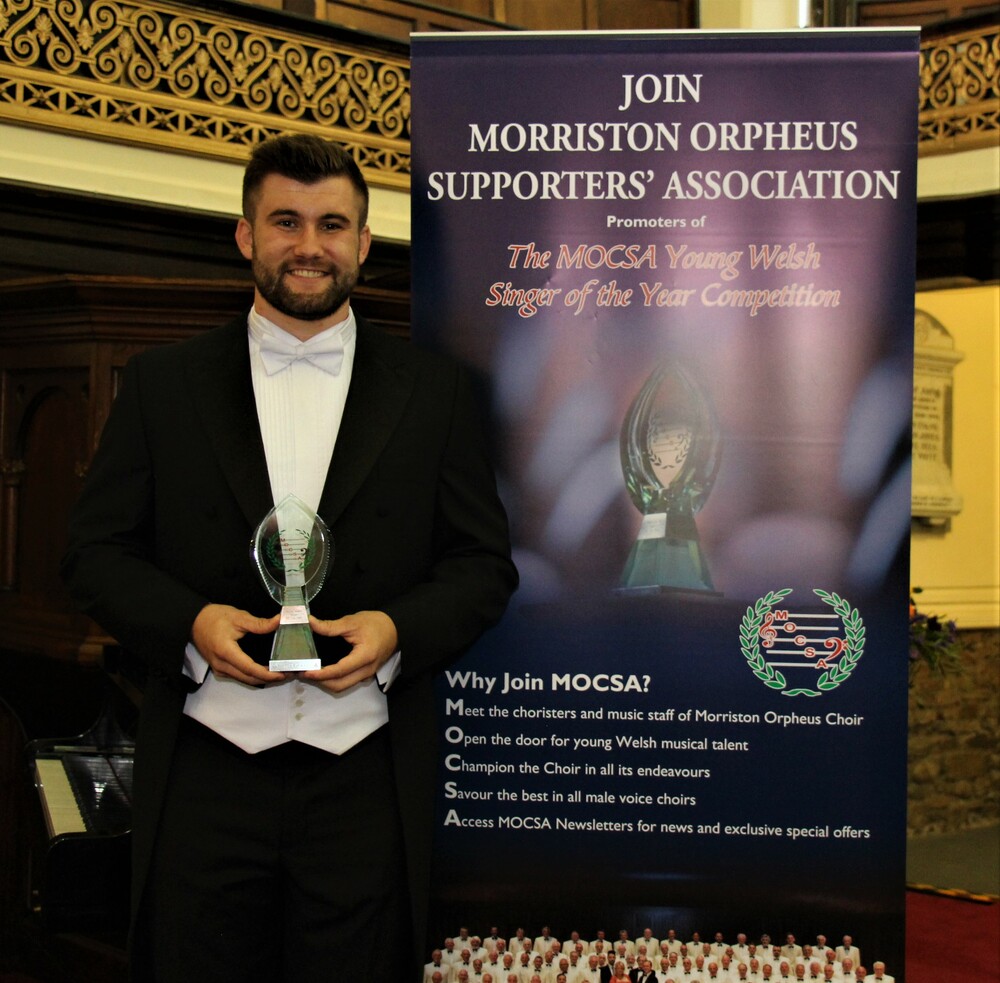 For one young Tenor from Maesteg it became particularly special when Rhydian Jenkins emerged as the Adjudicators choice as MOCSA Young Welsh Singer of the Year 2021.

Following a series of heats in July, three finalists were selected for the Final at Sunday's concert with the Choir. George Curnow and Morgana Warren-Jones joined Rhydian to treat the audience to a feast of classical singing which complemented the Orpheus' choral  contribution.

Some more photographs below with thanks to Colin Rees