Released  April 2009. It is Joy Amman Davies' first CD with the Choir as its Musical Director

" In June 2007 I decided to step down after sixteen wonderful years as the accompanist of the Morriston Orpheus Choir. To show my appreciation of the fantastic experiences that I had shared with them along the way I decided to write them an arrangement of Nella Fantasia, music by the great Ennio Morricone which I presented to them as a leaving gift at my final rehearsal. Little did I know that, after only two weeks, I would be back as Musical Director. I am overwhelmed with their constant support, dedication, passion and love of music - it is truly humbling. Hence the decison to name my first CD as their Musical Director - Nella Fantasia.

The CD includes a diverse mix of music ranging from the great war horses of the male voice repertoire - Nidaros, Y Delyn Aur, the very moving and emotional Comrades in Arms, which we sang in the Millennium Stadium, Cardiff at the Memorial Service and Medal Cermony for
The Second Battalion The Royal Welsh on their return from Iraq, - to the hauntingly beautiful Lisa Lân and light-hearted Cabaret.

It has been an absolute joy to include on this CD our three very exciting singers who have shared the stage with us on several occasions and who have become great friends: Andrew Rees (who accompanied us on our 2007 tour to New Zealand and Australia), Adriano Graziani, another fabulous tenor and young soprano, Morriston-born, Natalya Romaniw, who represented Wales this year in the BBC Cardiff Singer of the World. We like to give young singers a platform on which to begin their careers.

I thank my wonderful musical team, Jo Scullin, Mike Williams and Les Ryan and not forgetting my dedicated and passionate gentlemen of the Morriston Orpheus Choir." 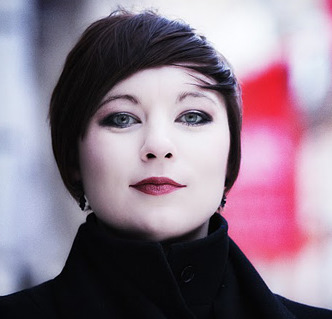 Natalya was 21 years old when she recorded with the Orpheus. She was born in Morriston Swansea. She studied at the Guildhall School of Music and Drama, London under the guidance of John Llewellyn Evans.

Her work in Wales includes performances at the Brangwyn Hall, Swansea; the Millennium Stadium as the anthem singer for Wales at international matches. In London Natalya has performed Rachmaninov songs at St. Luke’s Church and at the Barbican Hall as pre-LSO concerts.

Natalya sang ‘Anne Truelove’ in Stravinsky’s Rakes Progress for Welsh National Youth Opera and in 2008 she sang the role of ‘Yvette’ in Puccini’s La Rondine for British Youth opera. Forthcoming roles include cover for ‘Anne Truelove’ for Glyndebourne Festival Opera 2010.

From Carmarthen, West Wales, Andrew gained a scholarship to study at the Royal Northern College of Music, Manchester, and completed his studies at the Guildhall School of Music and Drama, London.

Andrew’s operatic career has included When She Died: Death of a Princess; Lady Macbeth of Mtsensk; Salome; Mikado; Macbeth; The Cunning Little Vixen: The Cumnor Affair, Aufstieg un Fall der Stadt Mahogonny, Tosca and Le Rossignol. His concert work has included The Dream of Gerontius. Andre has performed in all the major concert halls across London and the UK, performed live on Radio Three and broadcast on S4C (The Welsh language television channel) and BBC television. He has appeared at the Newbury Spring Festival, the Henley Festival and the North Wales International Music Festival. He has also performed in Proms in the Park and on various cruise ships. In 2000 Andrew was honoured to be the winner of the MOCSA prize and with his wife, soprano Jo Appleby, toured with the Choir to New Zealand and Australia in 2007. 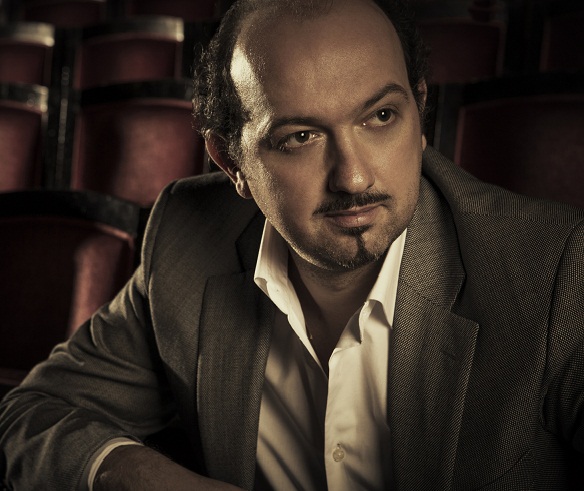 At the time of recording this CD Adriano was  (2009) attending the Cardiff International Academy of Voice studying under the watchful eye and ear of renowned tenor Dennis O’Neill CBE.

Adriano began his studies with the distinguished voice teacher Victor Gav. He furthered his studies at the Royal College of Music in London, studying with Ryland Davies. In 2005 Adriano participated in the Wexford Opera scheme to coach and train new singers and a year later was a finalist in the International Lyric Voice competition in Italy, where he came second.

After completing two years of study at the Royal College of Music, Adriano was selected to sing with Scottish Opera on their Essential Opera Tour. He has since become a member of the famous Glyndebourne Chorus where he covered the role of ‘Macduff’. After singing this role, Adriano was awarded the coveted Glyndebourne on Tour Promise Award. Adriano was a finalist in the Concurso Internaçial de Canto Monserrat Caballé. From a field of 250 singers, Adriano was the only tenor to make the final twelve.  Most recently he has sing the role of ‘Pollione’ in Bellini’s Norma.