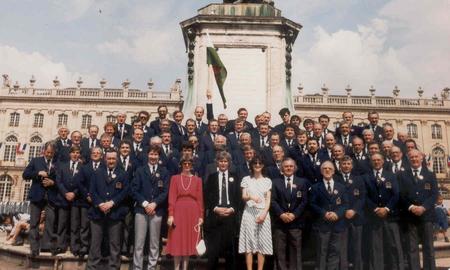 London
11th May - The Choir left London by coach, after performing in a concert at the Royal Festival Hall, heading for

Folkestone
12th May - After spending the night at the Hotel Burstin they travelled by ferry to Bologne, and from there by coach to

St. Briac Sur Mer
On arrival we were greeted by the Mayor and treated to an evening meal

13th May - Visited Mont St. Michel and had lunch there.

14th May - We travelled there by coach

We stayed the night at CI SP Hostel

15th May - We travelled here by coach. After an official welcome we met our hosts. In the evening local choirs give a welcoming concert.

16th May - All choirs/groups met up met up in the morning. In the evening they all had dinner together.

Concert - Poirel Hall with an American and a Romanian choir

17th May - Guided tour of Nancy in the morning

18th May - Official reception in the City Hall in the morning

Mini-concert - The Temple with an American, an Austrian and a Polish

20th May - Returned home by coach and ferry 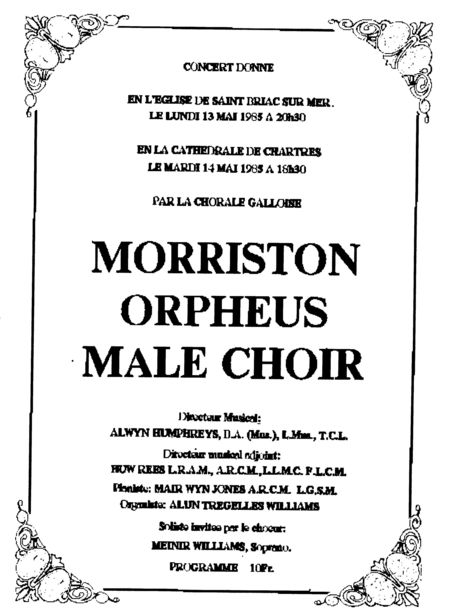 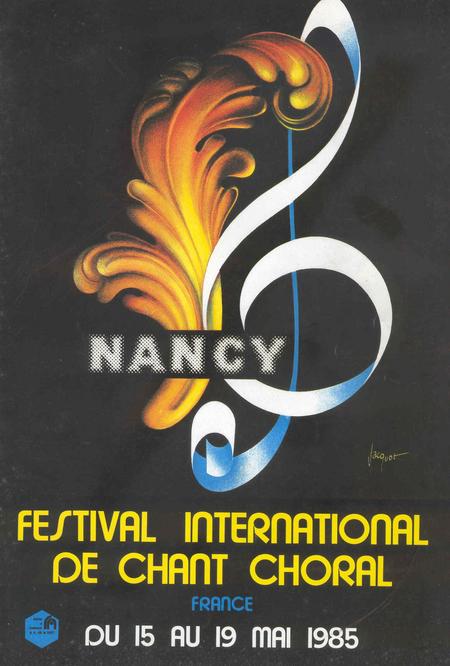