Read the letter from Dean Powell, our concert compère in Geneva
Photos now uploaded to the gallery page
The Choir visited Geneva to perform a concert in aid of ECLAT, a Swiss-based non-profit making organisation which assists physically and mentally handicapped people in the region of the Pays de Gex. The concert was arranged by Kathleen Brémont.
First Minister of Wales, Rhodri Morgan, was guest of honour at the concert with Dr. Lyn Evans. Mr.Morgan joined the Morriston Orpheus Choir on a visit to the Large Hadron Collider (LHC) at CERN near Geneva on Sunday 12th October 2008 to meet the Welsh-born physicist in charge of the project, Dr. Lyn Evans. 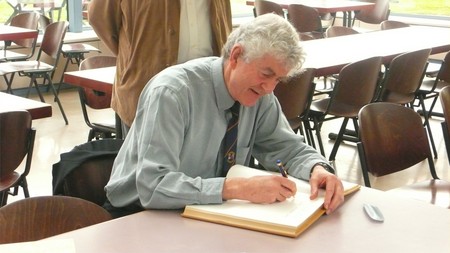 
Dr Evans said prior to the visit:

When I heard the Morriston Orpheus were coming to Geneva I thought it would be excellent if some of the choristers could come and visit our exciting project. It is the most sophisticated scientific instrument of our time, and I am really keen that to promote the wider benefits of its work to everyone, but especially the First Minister of Wales and other fellow countrymen.
Rhodri Morgan, First Minister said:
There is no greater privilege in the world of science than being invited to visit the Large Hadron Collider - the largest scientific experiment the world has ever seen and certainly one of the most exciting of our time. Dr Lyn Evans is one of the world’s most brilliant scientists. Likewise, the Morriston Orpheus Choir has built an international reputation as one of our leading Welsh choirs. It promises to be a superb weekend in Geneva celebrating the very pinnacle of scientific achievement and Welsh choral excellence.

Choir members were thrilled to be the first Welsh male voice choir to visit CERN to view and perform in the control room at the heart of the particle collider research facility. The visit was recorded, both visually and for audio, for use at Dr Lyn Evans’ multi-national address to an audience representing over 50 nations throughout the world.   Here is a photo from that event: 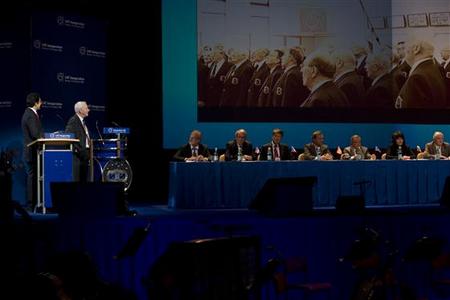 Choir spokesman Clive Williams added: We were delighted to be involved in this international project and to support such a gifted Welshman and his colleagues. It was a real joy to fly the flag for Wales and a privilege to continue in our role as ambassadors for Wales.

Dr Lyn Evans' multi-national address included: The control room has been somewhat quieter recently than on the 10th of September, but last week, some fellow countrymen of mine, the wonderful Morriston Orpheus Choir from Wales paid us a visit and blessed the LHC with song. 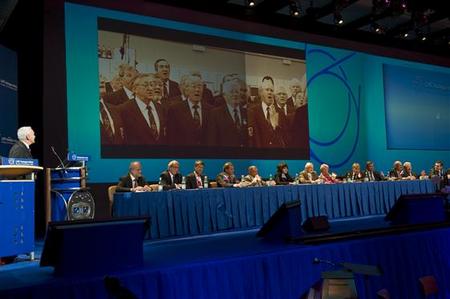 Describing the Morriston Orpheus Choir as "Ambassadors for Wales", Rhodri Morgan  First Minister for Wales,commenting on the performance at the BFM Building in Geneva told the Choir at CERN:

You've done an amazing job for us and it made me feel enormously proud as First Minister for Wales to be there in the concert hall. The reaction from the audience was just amazing and it wasn't just from the  Welsh people present. The non-Welsh people that came along probably didn't know what to expect and, my goodness me, didn't they enjoy that concert. I thought it was fantastic.

Dr Lyn Evans added:
I have been in Geneva for 39 years waiting to hear a Welsh Male Choir perform here. It's been a long wait but it's been well worth it. Then to have the Choir here in the Control Room at CERN to show Welsh science and culture together has been an absolute delight.

Click here to receive our Newsletter
Our Newsletter is sent by email and provides news of the Choir's activities.
Gravells New and Used Cars